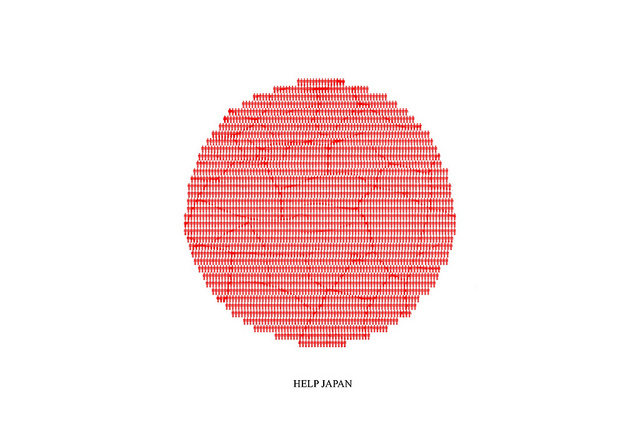 Japan is a nation in turmoil. TIME magazine recently reported that the Japanese government was burdened with debt equivalent to 200% of the country’s entire economic output – the highest among developed nations. Its economic problems are further inflamed by unstable leadership. In 2010, Japan had appointed six PM’s in four years.

The land of the rising sun is fifth in the list of countries with the highest rate of suicide. Its unmatched technological innovation is ironically coupled with a pervading sense of loneliness, illustrated by services like the Listening Well Club. This curious phone service lets lonely people call in and discuss their problems, charging them $12 for every ten minutes of conversation. Its predicted that within a couple of decades, single person households will be the dominant demographic in Japan.

Speaking of Japan’s persisting economic problems, Jeffrey Kingston, director of Asian studies at Temple University’s Japan campus, said “The problem is, people really don’t know what is next. Japan’s huge problems are just festering and Japan remains rudderless.” Then came the 9.0 quake that shook the planet so hard, it shifted on its axis and spun a little faster, shortening the day by 1.8 millionths of a second. No great feat as far as biblical history is concerned, but worthy of mention nonetheless.

Christian responses to natural disasters have always made for interesting and provocative reading. We tend to respond with unequal measures of judgment, cynicism, despair and compassion. Since the quake in Japan, an e-mail has been making the rounds building a theology of judgment on the relationship between Haggai 2:6 and the fact that different parts of the world were hit by quakes on the 26th of the month.

The usual rants against God and His indifference to human suffering will be repeated; and allayed by apologists who will have to work harder than usual to defend the goodness of God to hardened skeptics, both within and outside the church. Meanwhile, christian relief organizations will ignore the philosophical musings of the skeptics, and will go into the field to repair the damage of nature’s rebellion, as best as they can. Solomon was right. There really is nothing new under the sun.

Our Today confirms His Tomorrow

A few years ago, Michael Ramsden (RZIM, Europe) spoke to students at a college in Delhi University. It was a little after the tsunami hit the Subcontinent and regions of South-East Asia. He told us of a time when he spoke at a venue, notorious for being home to hardened skeptics of religion in general, Christianity in particular. He was asked if he had ever doubted his faith when he considered the grim reality of tsunamis, earthquakes and wars.

Michael quoted Jesus saying, “nations will be in anguish and perplexity at the roaring and tossing of the sea”. He pointed out the irony that nations, not captains of ships, were in turmoil. He went on to say that when he reflects on Jesus’ prophetic insight into the world and considers the reality of tsunamis, earthquakes and wars, it doesn’t lead him to doubt his faith; it only serves to strengthen it, because it meant that Jesus was right.

Any conversation about the crisis in the world today belongs in the context of the conversation Jesus had with His disciples in Jerusalem. A proper reading of the Gospels will help us interpret the present reality in a way that does not weaken faith, but rather dispels doubt. It will not lead us to be shocked, appalled and alarmed at the news of earthquakes, famines, floods, wars and revolutions. Rather, it will confirm in our hearts the conviction that if the world today is just the way Jesus said it would be, then the world tomorrow will also be just the way He said it will be.

The early 20th century held the promise of progress, the death of God, and the triumph of human reason. But things didn’t pan out that way at all. The US is active in two ongoing wars, neck-deep in controversy. Africa is plagued by civil wars with human casualties that can’t be numbered. Historic revolutions are surging through the Middle East. India itself has persevered through famine, floods, earthquakes and tsunamis; and nations are in turmoil because of the tossing of the seas in Japan. If its the way He said it would be, its going to be the way He said it will be. The kingdom is coming and the gates of hell will not prevail.

Compassion is better than Discussion

A few days after the earth shook the nation of Japan, an idea shook the church in North America. The message of a new book by american Pastor, Rob Bell – ‘Love Wins: A Book about Heaven, Hell and the fate of every person who ever lived’ – is the subject of the latest controversy sweeping theology in America.

Even before its release, Bell’s flirtation with universalism – the doctrine that all men will eventually be saved – prompted John Piper to tweet “Farewell, Rob Bell”. The book became one of the top ten tweeted topics; and besides making the cover of TIME’s Holy Week issue, Bell was also named one of TIME’s 100 most influential people in the world.

Bell makes a case for universalism most fully in one chapter, while avoiding the word, “universalist”. He has even gone on record in a sermon to say that he is not a universalist. But evidently, marketing trumps clarity in this muddle of uncertainty about what he really believes. What remains certain however, is whether love wins or not, the publisher certainly does.

Now, whatever one may believe about Bell’s view on the world to come, what becomes undeniably true is that the way we think about the world tomorrow, will considerably shape the way we live in the world today. If our hope of heaven is an escapist disembodied paradise, strewn with harps and angelic voices, we might find that the best of our attention is given to a world that is yet to come; and robbed from the world that is right in front of us.

But if our worldview is large enough to make room for creation in rebellion and open enough to embrace the mystery of suffering without overanalyzing it, we might realize that the church is not called to explain suffering, as much as it is called to engage it with compassion. We are meant to be agents who turn tomorrow’s kingdom into a reality today, preparing the world for the return of its King.

However, in the face of secular humanitarian relief efforts in conflict-ridden Africa, tsunami-struck Indonesia and quake-hit Japan, one must justly ask the question, “Does the church really have a heart?” If the church is the body of Christ and it is meant to embody the compassion of His Spirit, could it be that His spirit is willing, but the flesh is weak?

This isn’t an indictment against the church, although it might as well be one. Its simply to say that there’s a bridge-less gap between the church and the hurting. Its almost as though compassion has been outsourced to para-church organizations, disaster management teams, humanitarian efforts and government initiatives.

The fruit of this unstructured path between the agents of the kingdom and the object of suffering is such that there are those in the pew who struggle with a nagging feeling they cannot name. Its the feeling that comes when compassion is stifled by inaction. Its a quenching of the Spirit, a strangling of the soul. Its the frustration that a cricketer feels when he’s left on the bench, because there’s no room for him on the team. Its the feeling of unfulfilled destiny – the sense that we are meant to be somewhere more meaningful, doing something more substantial. Its the feeling of an unanswered call to compassion.

There is a growing dissatisfaction among a minority of believers in the church who have gone beyond what the sunday morning service has to offer and yearn for a deeper engagement with global, national and personal issues that resonate with the very heart of God. But the churches they attend don’t seem to have the structure to guide them into their calling, and cynical disillusion sets in.

In his book, This Present Future, Reggie McNeal says, “A growing number of people are leaving the institutional church for a reason. They are not leaving because they have lost faith. They are leaving the church to preserve their faith”. He explains this further in an interview by saying, “There are many people who want to live out their faith. They do not want to simply keep checking in and beating their chest and rehearsing, “Yes, we believe this.” They want to make a difference in the world. They are bored and uninterested in doing the same thing over and over. Somehow the church has disconnected these people’s religious experiences from the lives they want to live by impacting the people around them for Jesus.”

In all sincerity, the Church simply doesn’t have a structure that breeds compassionate action. Inevitably, the urge to do something is snuffed out by inaction and we go on with our lives until disaster strikes again, and the cycle repeats itself. But there are more questions to be asked.

A media-infused worldview is concerned with global crisis only when its on the news. After the tsunami in 2006, Rabbi Michael Lerner said, “Two weeks ago the United Nations issued a report detailing the deaths of more than 29,000 children every single day as a result of avoidable diseases and malnutrition. Over 10 million children a year! The difference between the almost nonexistent coverage of this ongoing human-created disaster and the huge focus on the terrible tsunami-generated suffering in South East Asia reveals some deep and ugly truths about our collective self-deceptions. Imagine if every single day there were headlines in every newspaper in the world and every television show saying: ‘29,000 children died yesterday from preventable diseases and malnutrition.”

Its been a few thousand years since the Gospel came to India, but its fair to say that India still hasn’t seen the real Jesus. It hasn’t seen enough of the Jesus who feeds the hungry, gives a drink to the thirsty, invites the stranger, and clothes the naked.

Whether its global, national or personal, if our response to any form of suffering fails to begin with compassion, it will necessarily end in confusion. Leave alone the rest of the world; our own nation is in turmoil. Until India sees the church caring for the concerns that are at the very heart of the country, it will not recognize Christ as the Savior that its looking for. If this nation is to know the love of Christ, His body must reflect the willingness of His Spirit to be compassionate in the day before tomorrow, regardless of what dissenters might have to say.

This article was published in Christian Trends Magazine (June-July 2011)