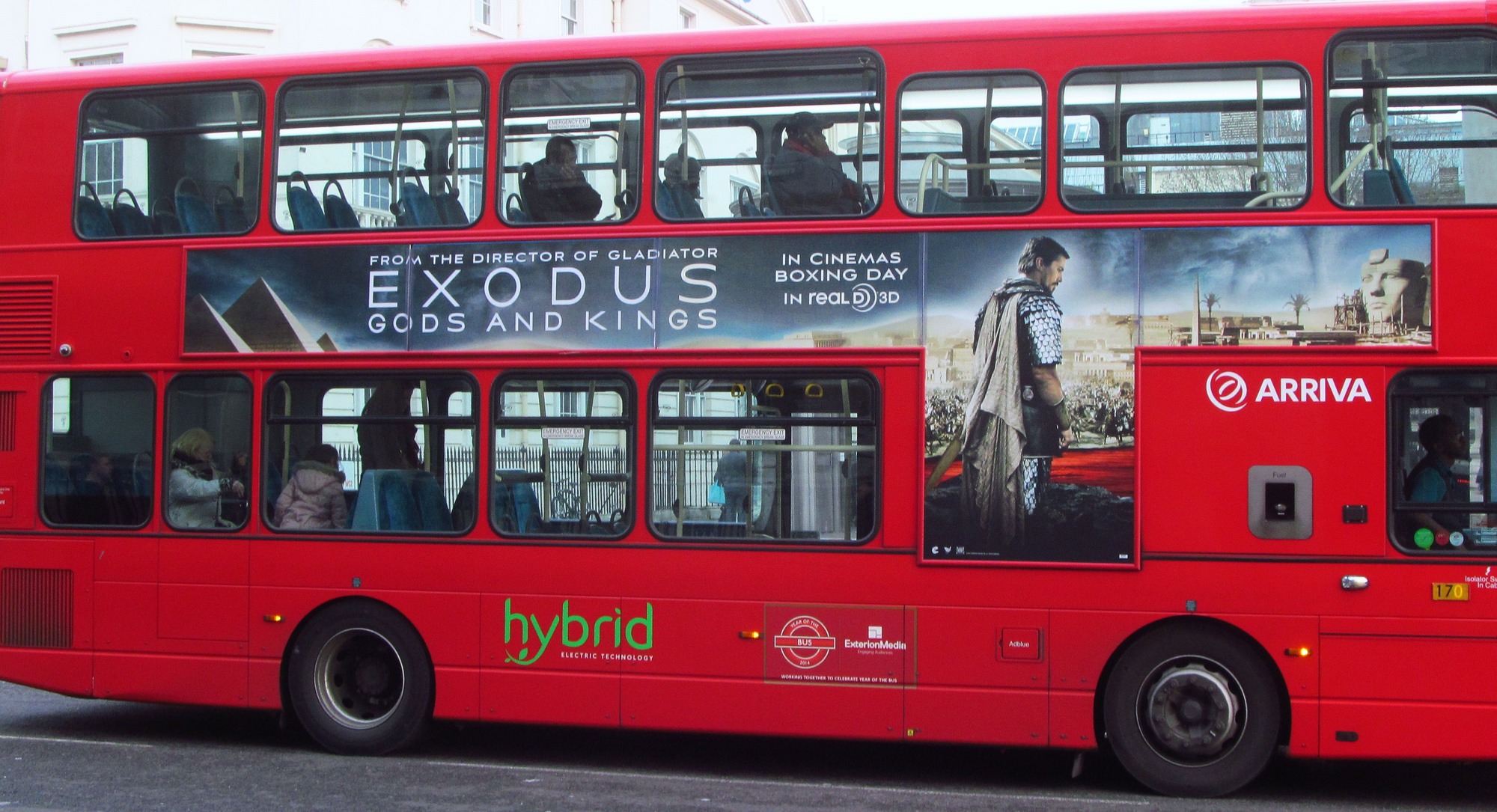 Ridley Scott has made a movie about Moses.

So when I heard that Ridley Scott was making a movie about Moses, I leapt a little with joy. But before my feet could hit the ground I realised what would quickly follow.

My two worlds were going to collide. I have hid them together in my heart to protect them from the moralistic and the religious, but Ridley Scott was playing an unlicensed priest who wanted to marry theology and film in the city square and I knew that their parents would have none of it. One parent more than the other.

A one-sided war of words would quickly ensue.

It’s a war we witnessed with Noah that was followed by a brief battle over a Nicolas Cage mistake that was neither theology nor film.

Now it is one we must endure once again. But perhaps if we play the peacemaker a little early, we can get through the coming storm without a scratch.

I have not seen the film but I want to so much that it hurts a little to have to wait. But here are some early thoughts on Exodus: Gods and Kings in the hope that it will tame the anger of the religious lions and pique the curiosity of the weekend moviegoer.

The Bible is beautiful story-telling. Although to the believer it is a true story and to the sceptic it is fiction, what remains is that its characters are timeless, its themes are universal, its drama is gripping and its stories belong to the highest form of literature. Job reveals a glorious form of poetry. Esther is a short story in perfect pitch. Exodus is a monumental epic, evidently worthy of turning into a film for every generation.

I am glad that filmmakers are seeing the story-telling capacity of the Bible writers because it’s a simple literary reality—in the hands of an able director, good stories can turn into great films.

Believers and skeptics have both been inspired by the Bible to create new literature that reveals its beauty and challenges its assumptions. Both believer and cynic have been inspired and angered into writing unrivalled poetry and prose because of the Bible. The biblical themes of faith and doubt remain woven into the stories of our times. They will never go away. Without the Bible, all literature would be a shadow of what it is today.

The Bible is written as a story not a screenplay. This is why christian films are so difficult to endure. They simply do not see the obvious need that some creative license is needed to translate a story into a screenplay.

With Ridley Scott’s version of Moses, I do not expect to read the story of Moses on the screen. I assume that it will challenge and maybe even subvert some of the characteristics of the biblical narrative. But I can tell you without watching it, that it will be intriguing and interesting.

If you plan to watch the film, take some time today to read the story told in Exodus 1-15. It will only enrich the experience of seeing a story turn into a screenplay.

Grace is Better than Anger

I enjoyed Noah because I felt it was true to the heart of the themes in Genesis, despite taking a very generous slice of artistic license. I thought it was inspiring and it lifted my heart and soul. I have not watched Moses but early signs lead me to believe that it will challenge the biblical narrative in more ways than I can prepare for it.

If that happens tomorrow, we should remember that the best thinkers are those who can spot an opportunity for reasonable conversation even in the midst of madness. All unreasonable thinking is a shadow of reason, so that in every unreasonable idea there is a hint of reason. A good thinker can sniff out this hint of reason in any idea and build a bridge to a clear view of truth.

Good thinkers like to build bridges to reason instead of burning them with anger. They know that Jesus is full of grace and truth, so that any kind of truth that is spoken without grace has lost the right to be called the truth.

I have known movies to be my friend and the theatre to be a second home. Even if Ridley Scott offends my sensibilities tomorrow, I promise to forgive him and thank him for honoring a story that I cherish so much in a place that I love so much. Even if I see too much artistic license in the new interpretation of Moses, the previews have revealed enough to know that I will be lifted in my spirit and perhaps even brought to tears to see a story I love so much being brought to the screen with such creativity and beauty.

Times like these often turn christian love into visceral hatred. The Bible turns into a blunt object of assault. Self-appointed prophets turn into trolls. Weak evangelists preach a false gospel of condemnation. It’s all very embarrassing and it makes me want to crawl under the bed and cuddle up with a teddy bear until my parents stop fighting with each other.

Let’s not do that tomorrow. It’s a movie. Let’s remember that what is true of all stories turned into film yesterday will be true of Exodus tomorrow.

The book will always be better than the movie.

ADDITION: Here is a review of Exodus: Gods and Kings (with spoilers) by Krish Kandiah—president of London School of Theology and founder of Home for Good, a start-up charity helping to find adoptive and foster homes for children in the care system.

2 thoughts on “A New Exodus”